Huey Coleman Walsh passed away of advanced Parkinson’s in Pensacola on August 19, 2021, at the age of 80. He is survived by his wife of 56 years,Judy Walsh; two sons, Bennet and Kent Walsh, and their spouses; and nine grandchildren. 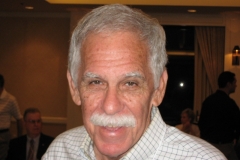 Huey was born on April 1st 1941 in Natchitoches, LA. He grew up in Pensacola, FL, graduating from Escambia High School in 1959, the first year it was open. During those years he threw papers, raced motorcycles, and worked construction with his father, Douglas Walsh. While at Pensacola Junior College in 1963 Huey entered the U.S. Marine Corps Aviation Cadet program. He completed flight training in Pensacola and won his Naval Aviator wings in 1965 and married Judy Francis Sandlin. 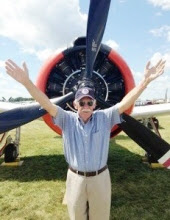 Huey served in Vietnam from 1966-1967 as a CH-46 helicopter pilot where he was decorated multiple times. He returned as a flight instructor in T-28s in at Whiting Field in near Pensacola. He remained in the Marine Corps Reserve upon his release from active duty and flew CH-46s with the Marine Air Reserve Training Detachment at Naval Air Station until he eventually retired from the reserves. Huey joined Delta Airlines in 1970 where he flew for nearly a quarter century and retired as a Captain.

Huey was a genuine person that was deeply motivated by his faith, his family, and his friends. Huey was a family man with a servant’s heart who could anticipate other’s needs and was a profound blessing to many.