Greenville, SC – Marine Corps Major Ray Fischel Smith, retired, 91, of Greenville, husband of Nell Smith, died at home on Friday, October 30, 2020. Ray went to Vietnam as a major with HMM-265 on USS Boxer in April, 1966. His quiet leadership and command presence inspired respect from all of those around him. Good man, good stick, good Marine. 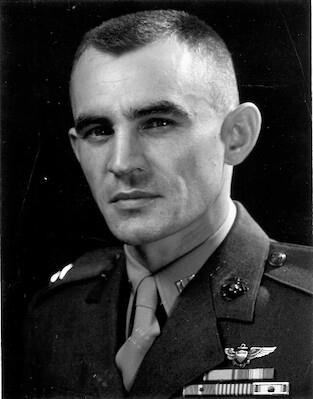 Born in Pelion, SC he was a son of the late Quincy and Lessie Smith.

Major Smith served his country for 20 years as an aviator, fighting in the Korean War and two tours in Vietnam. During his time, he received 14 Air Medals for meritorious achievement and awarded two Distinguished Flying Crosses for heroism and extraordinary achievement in aerial flight.

In addition to his parents, he was preceded in death by his brother, Q. B. Smith; and his sister, Charlotte Martin.

Condolences and “Hugs From Home” may be left for the family by visiting www.thomasmcafee.com.