Leo was born April 7, 1938 to James Leroy Farrell and Kathleen Ruth Walsh during a snow blizzard in Whittemore, IA.  He graduated from Loras College in Dubuque, IA in 1961 and voluntarily joined The United States Marine Corps, where he received many personal decorations including the  Air Medal w/33*, Purple Heart, and Bronze Star w/V.  Leo retired from military service in 1982, settling in Jacksonville, FL where he became active in the community. 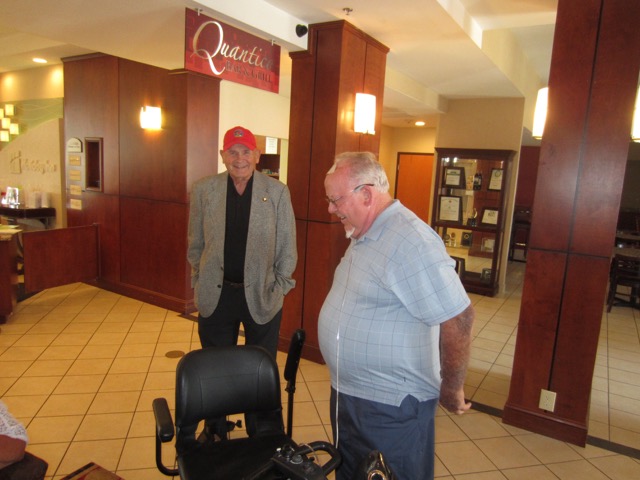 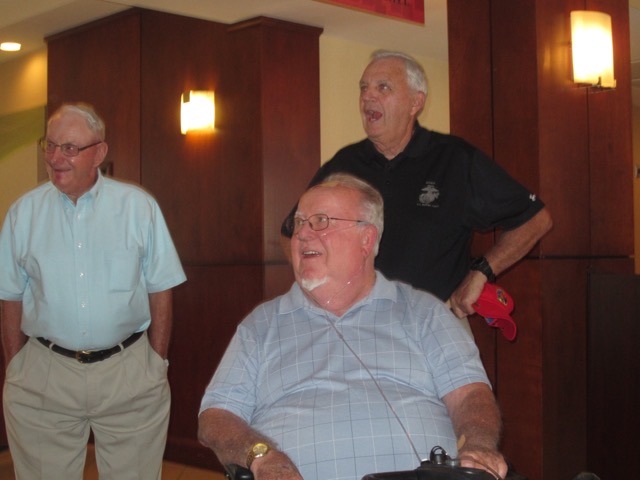 He was a member of Civitan International, Birmingham, AL and served in officer positions with Florida 1st Coast Civitan and Arlington Civitan Clubs.  From 2002 until his passing he was the Team Captain who coordinated fund raising for the Beaches Relay for Life, American Cancer Society, and for various years served as a committee member.  He was a member of the Seely-Walsh Post #425 of The American Legion, Whittemore, IA; Lifetime member of MOAA, Mayport Chapter; Lifetime member of Women Marines Association LEGGS, FL-7 First Coast WMA; former pilot for HMM 265, USMC and participant with annual reunions.  He now has earned the right to fly once again at St Paul’s Catholic Church, Jacksonville Beach, where his singing voice will be sorely missed.  He was an avid reader (“Chief Read Heap Much”  featured in Life Magazine Sep 29, 1947), sports fan of Jeff Gordon NASCAR, Hawkeye and Yankees.

After interment at the National Cemetery guests joined the Farrell Family for refreshments at Culhane’s Irish Pub in  Atlantic Beach.  The crowd drank a toast (one of many) to Leo with Jameson’s Irish Whiskey, neat.

Leo’s wife, Arddy, also a retired Marine officer, made arrangements at the time of Leo’s interment for a space to be saved beside Leo for her own eventual interment.  However, someone at the national cemetery screwed up and put someone else there. On August 3, 2016, Larry McDonald (Big Mac) received the following email from Arddy. RIP, Leo.

Please share with the guys that at 10am this morning Leo had his gun salute by a Marine detail, Amazing Grace played by a bagpiper, and then was re-interred in a new location in the cemetery.  We were able to add more mementos and I included a HMM 265 golf ball, HMM 265 pin, various photos, a stone cross from the Holy Land, and some Jameson’s.  As Leo was re-interred, a helicopter buzzed the cemetery 4 times and a flyby of 2 jets crossed the cemetery.  You know the air national guard is at the airport nearby and they all started their morning training.  I now have my reservation beside Leo.  Deborah and Patrick’s family and my brother Norman and dear friends who live near us attended the final honors.  I am now at peace with knowing the mission is complete.

Also thank HMM-265 group for the beautiful flowers we had for the June 22nd funeral and wake.