Wayne W. Shaw was a lieutenant when the squadron went to Vietnam aboard USS Boxer in April 1966.  Educated as an architect, he also is a talented artist.  During his time in Vietnam he was affiliated with the U.S. Marine Corps Combat Artist program, which holds the copyright on works that he produced during that era.  He left the Marine Corps after completing his obligated service and had a successful career as an architect. 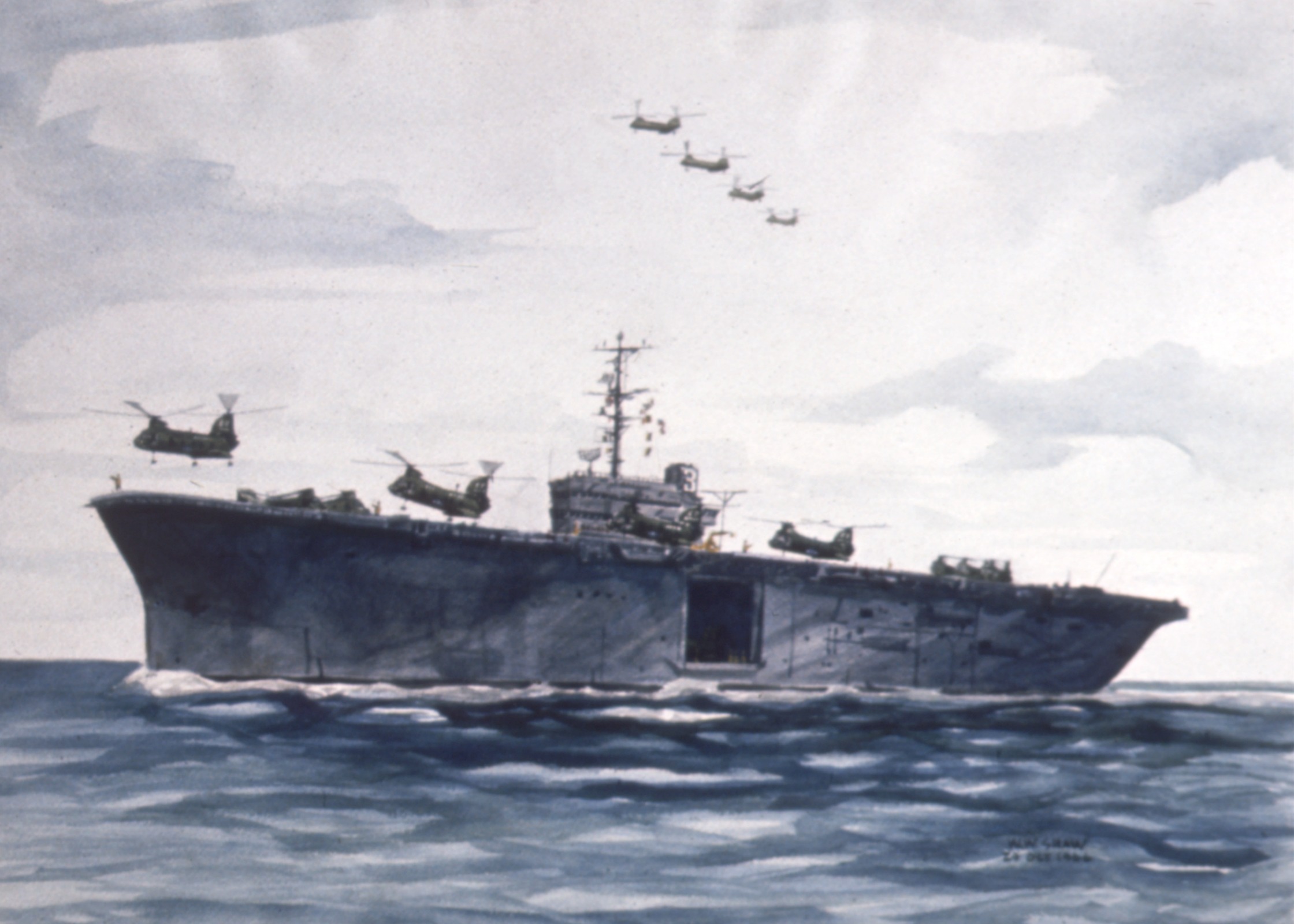 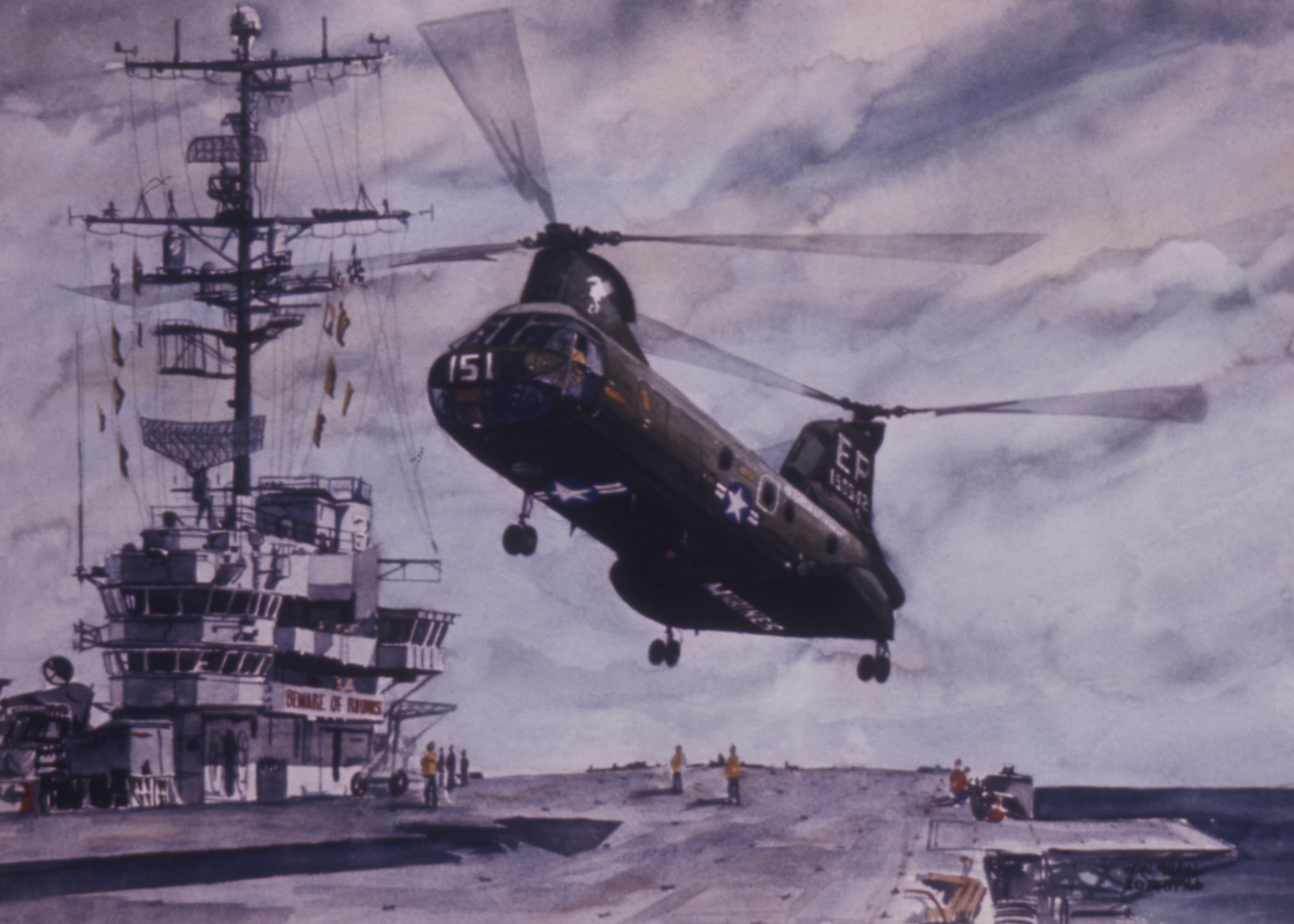 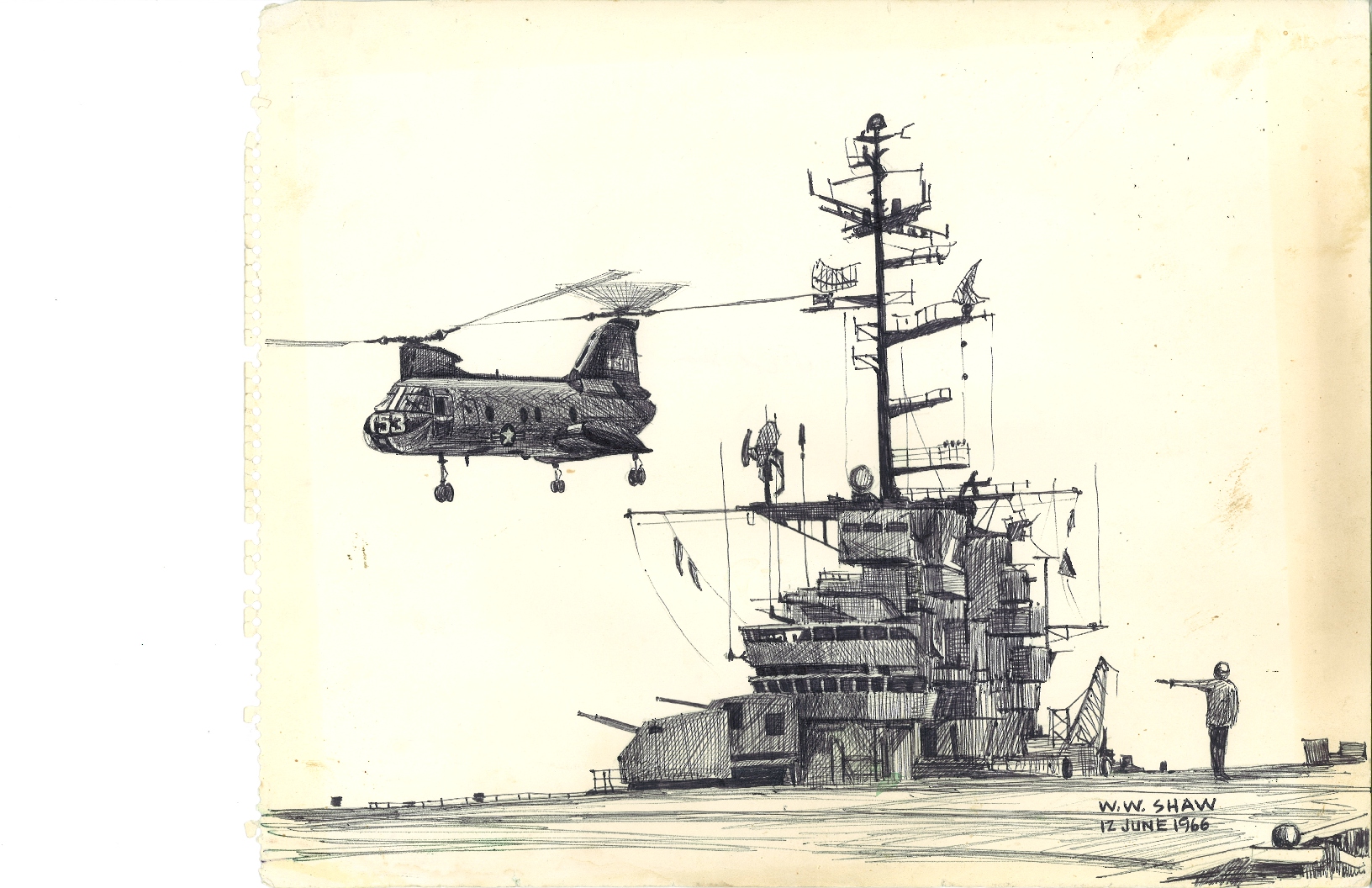 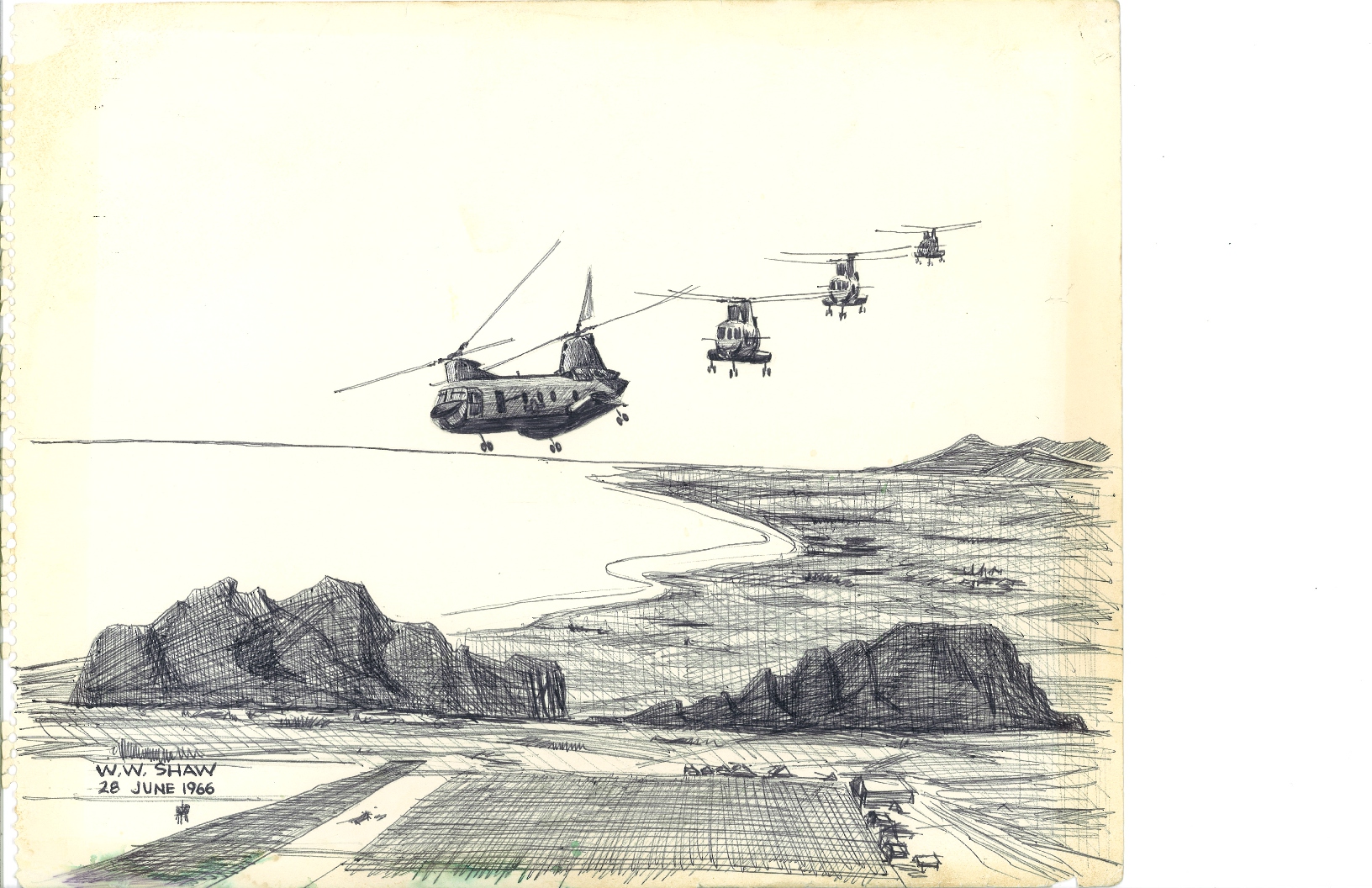 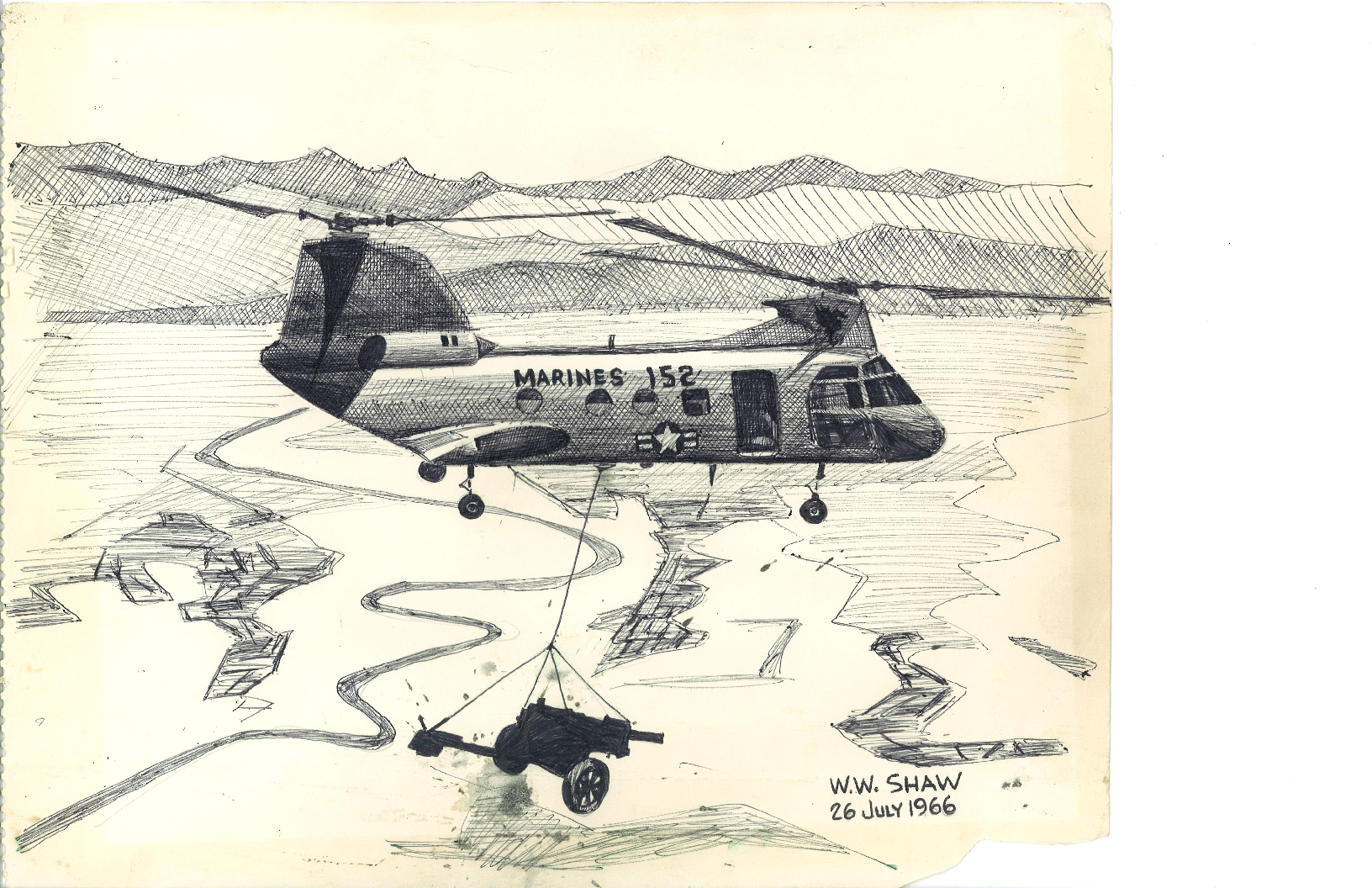 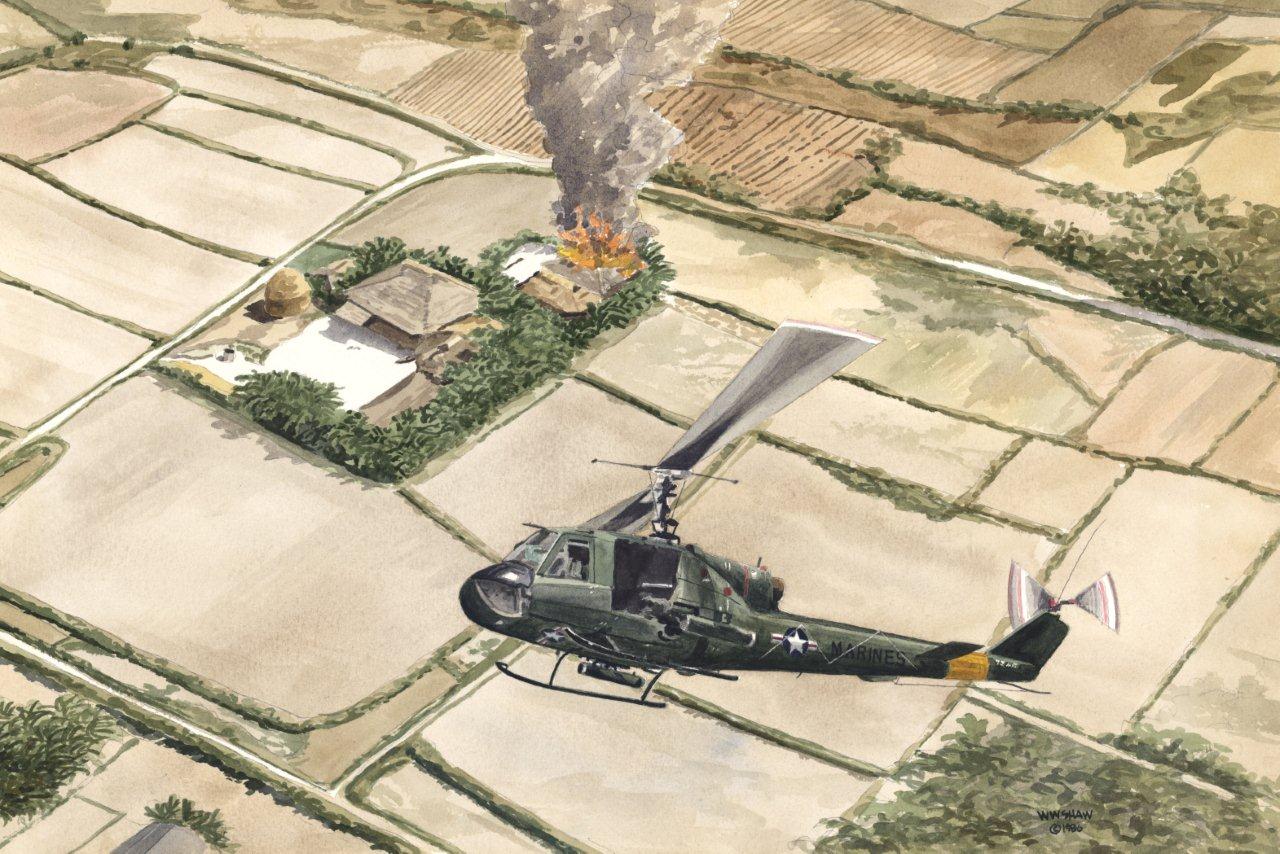 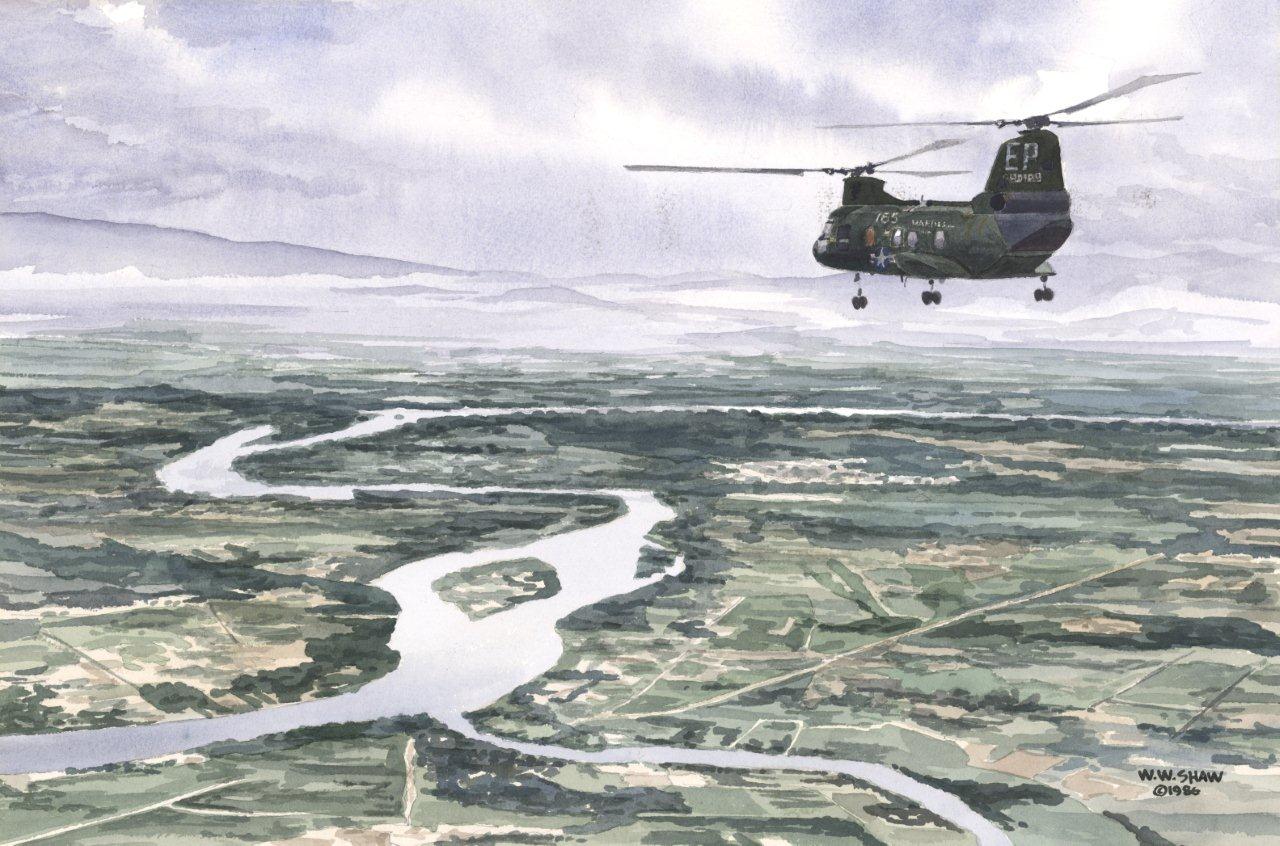 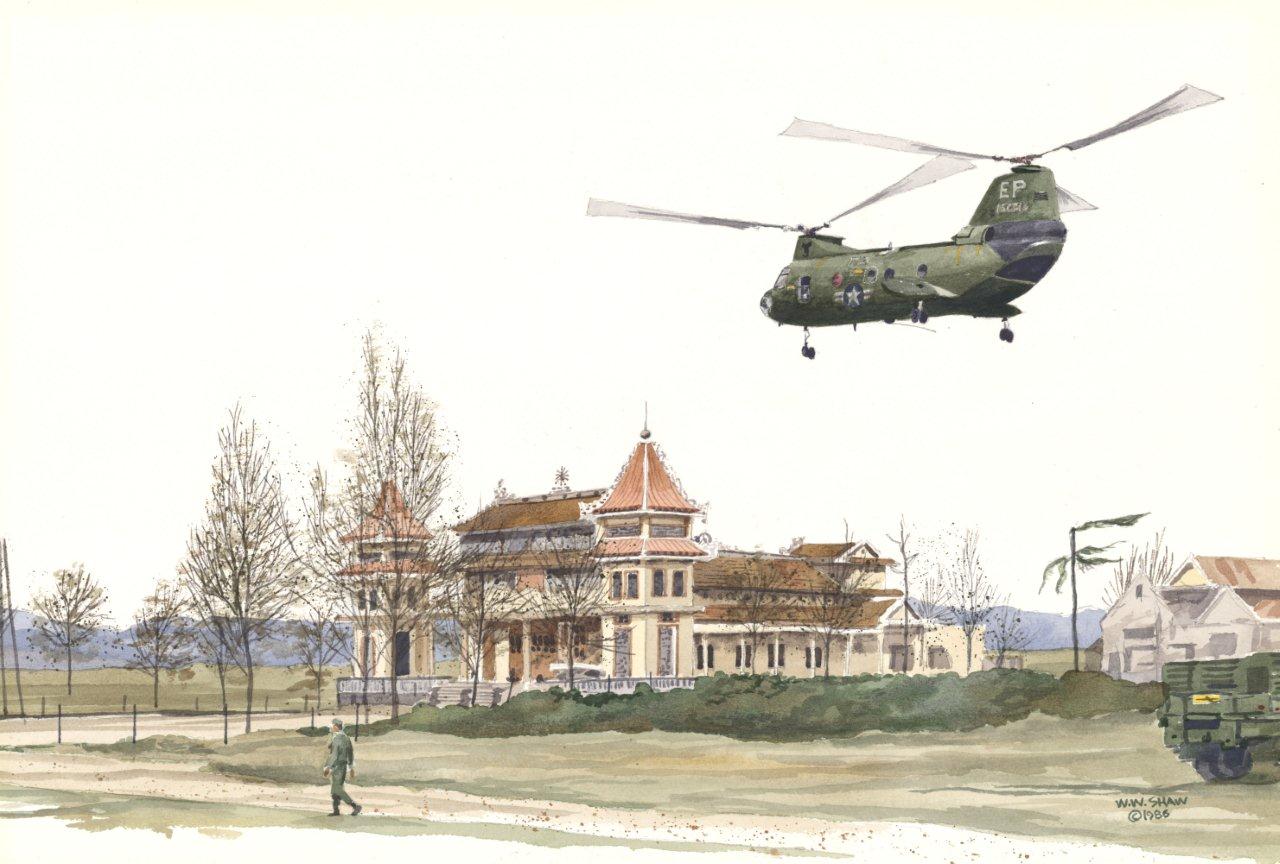 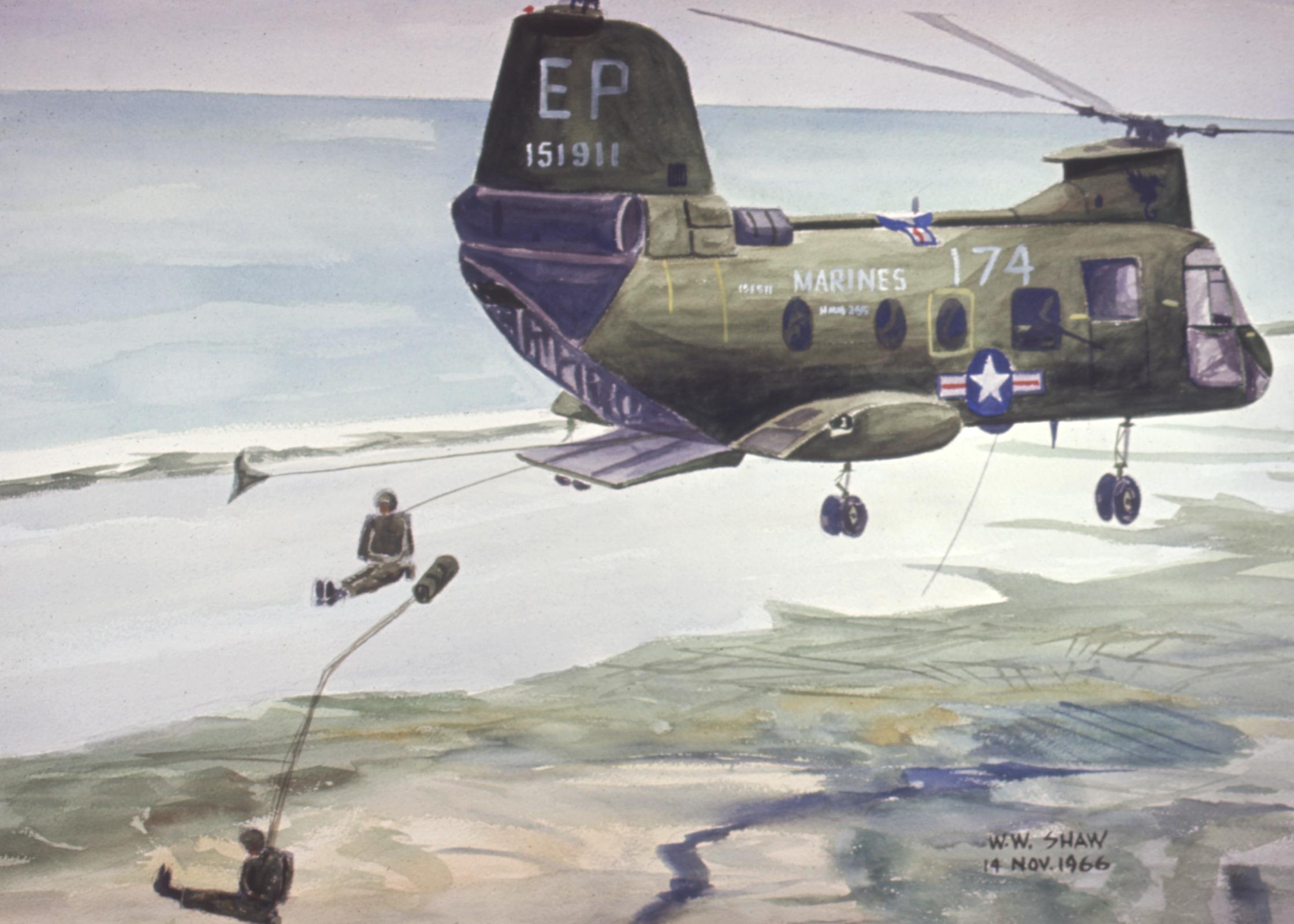 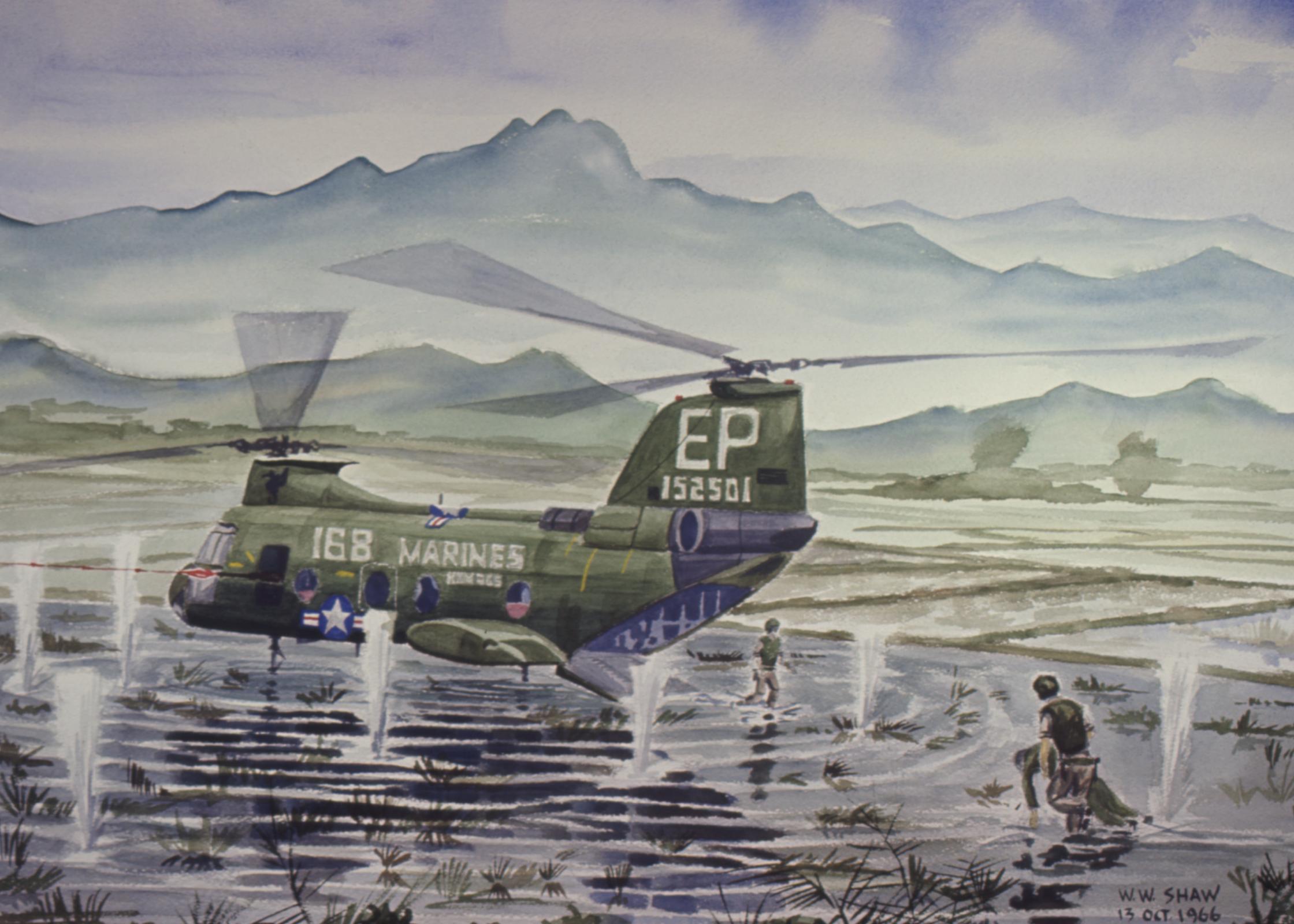 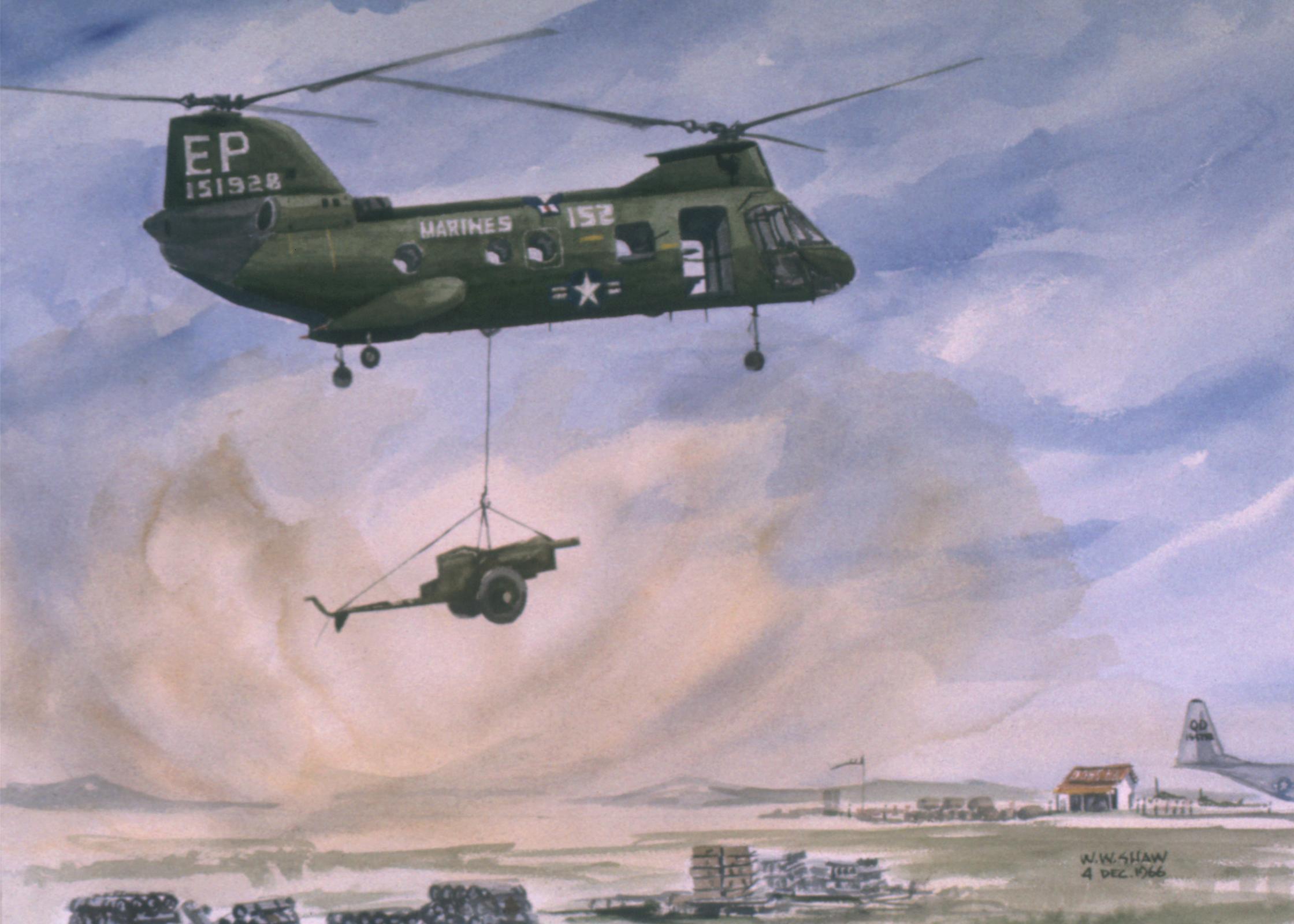 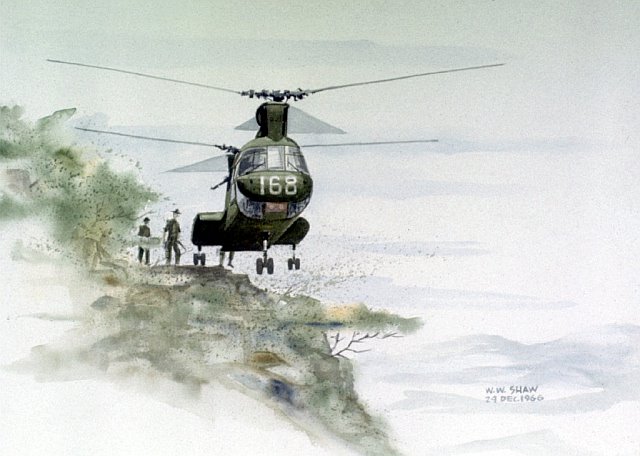 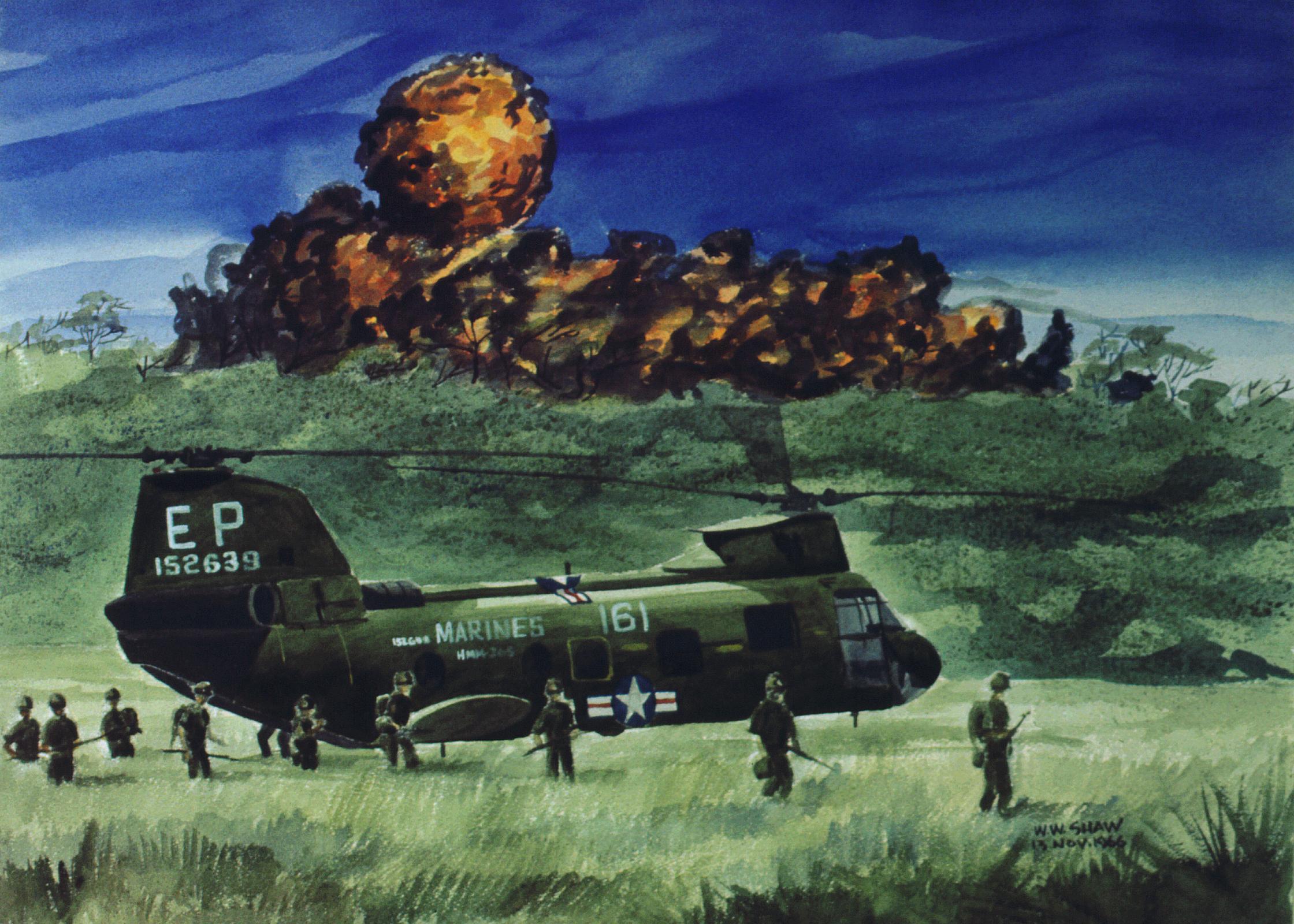 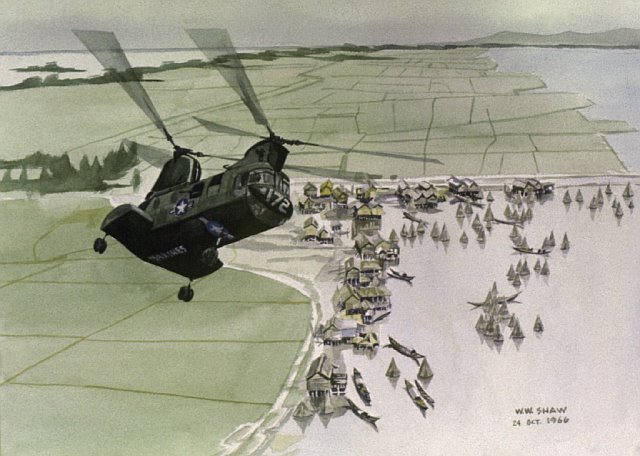 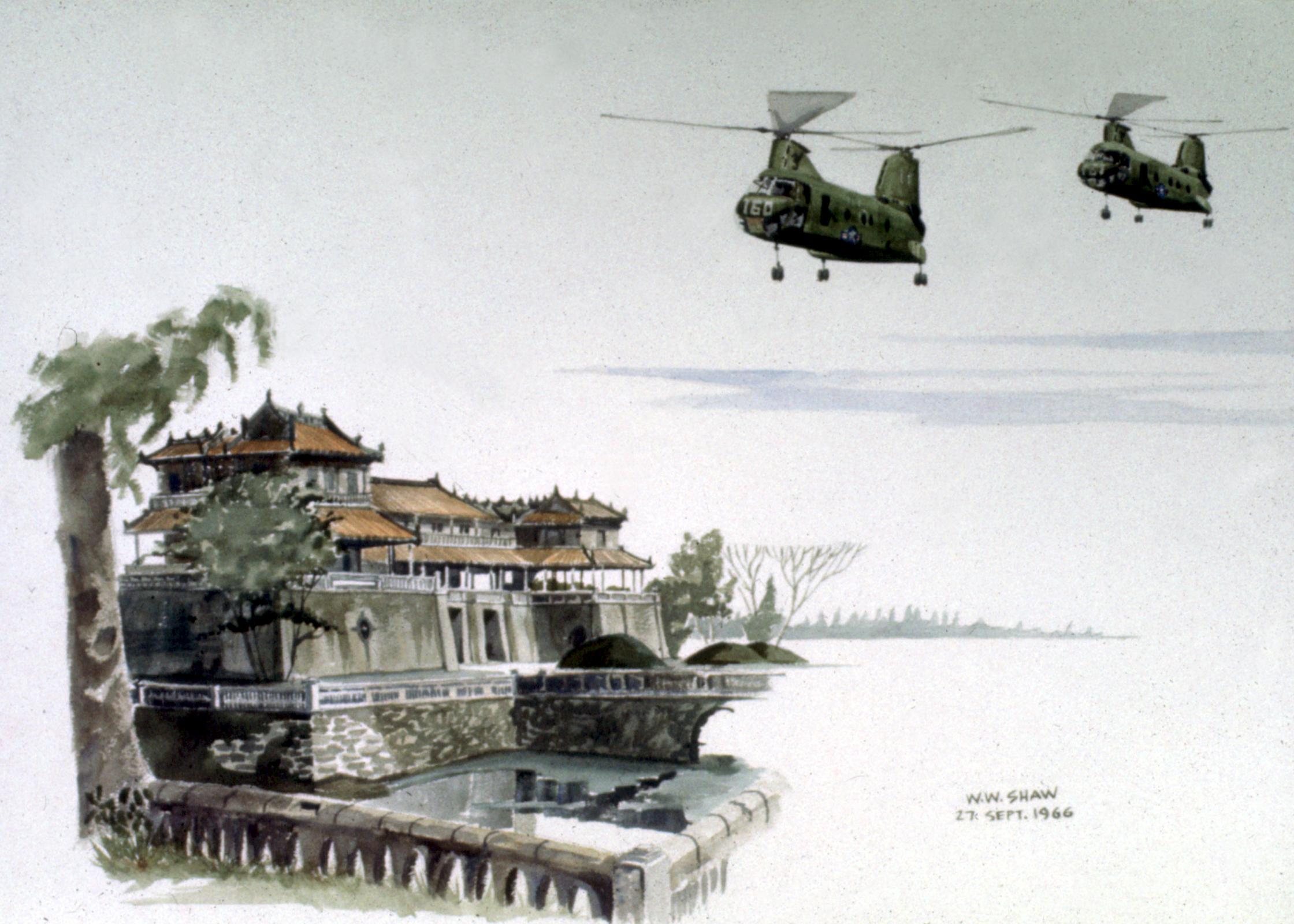 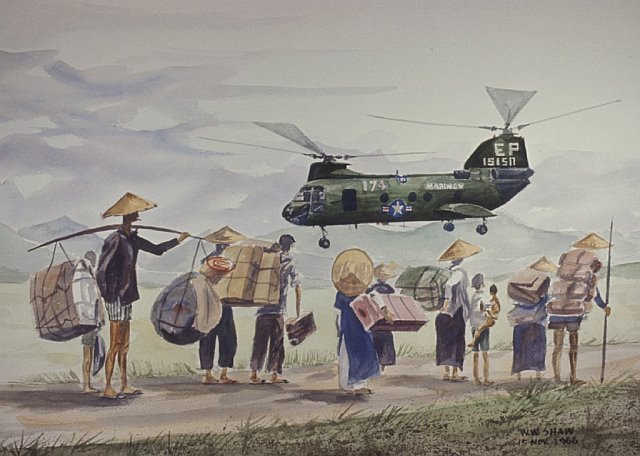 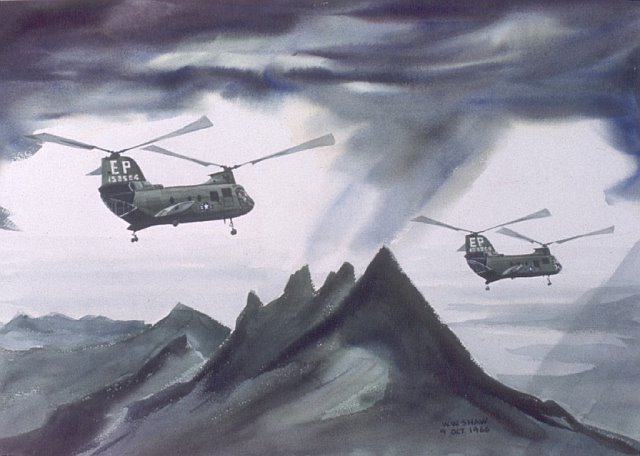 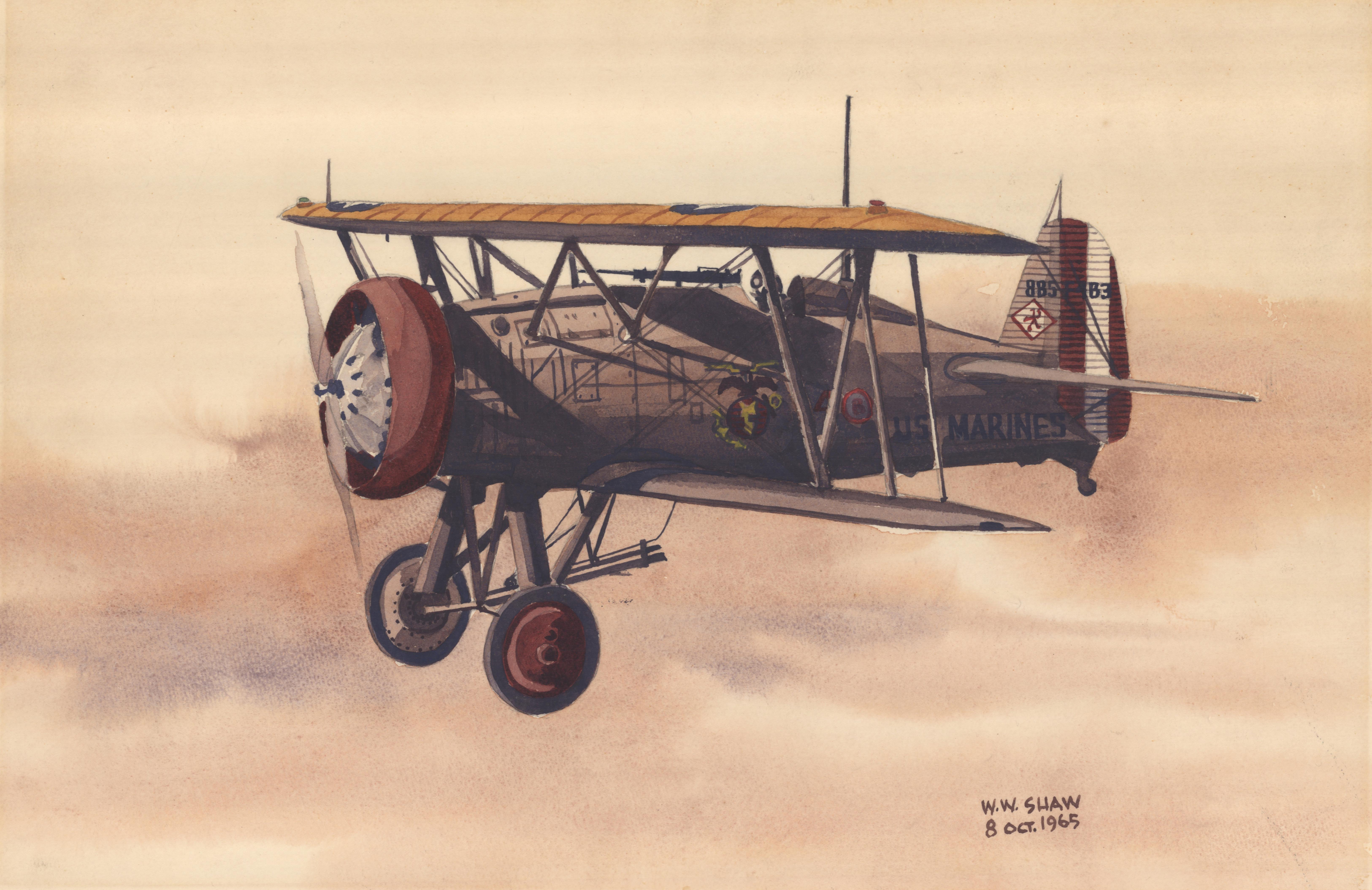 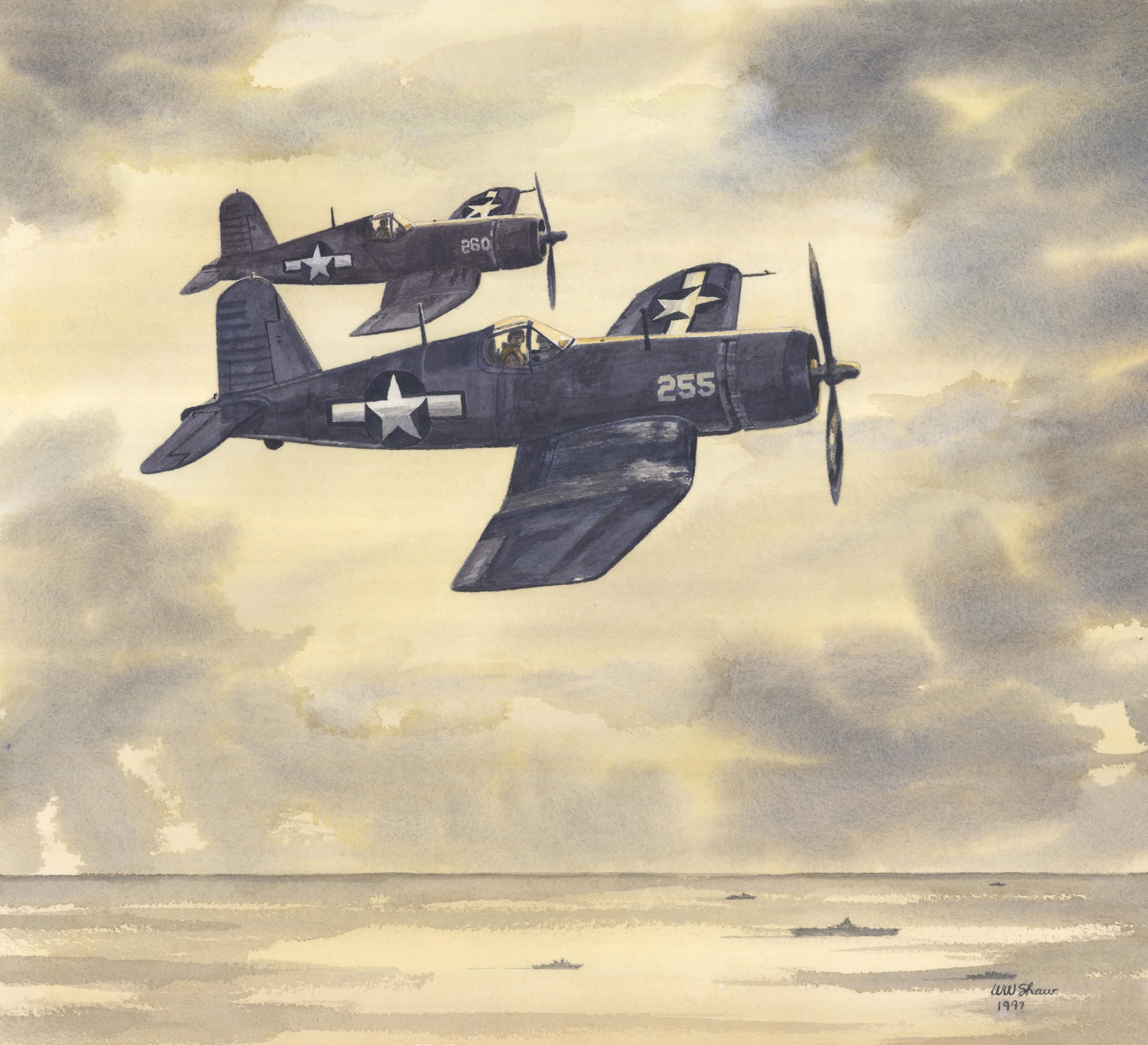