The following was sent to the Editor at Popasmoke and is self-explanatory. The sender’s contact information has been removed to protect his privacy, since these posts can be seen by the general public. Anyone who has any relevant information please contact the Webmaster, who will pass it on.

Perhaps with your assistance I can connect these two images with this Marine.

I was a pilot from January 1969 – February 1970 attached to HMM-265 in Phu Bai. On March 21, 1969, our crew was on Emergency Medivac standby at Vandergrift Combat Base. Before or after our hazardous first extract of wounded at LZ Argonne that morning, a gunner attached to HMM 161 came into the field hospital bunker having been wounded in his arm. But the ‘stunning picture’ was not of his wounded arm. Rather, it was of the 50 Cal slug lodged in his helmet. 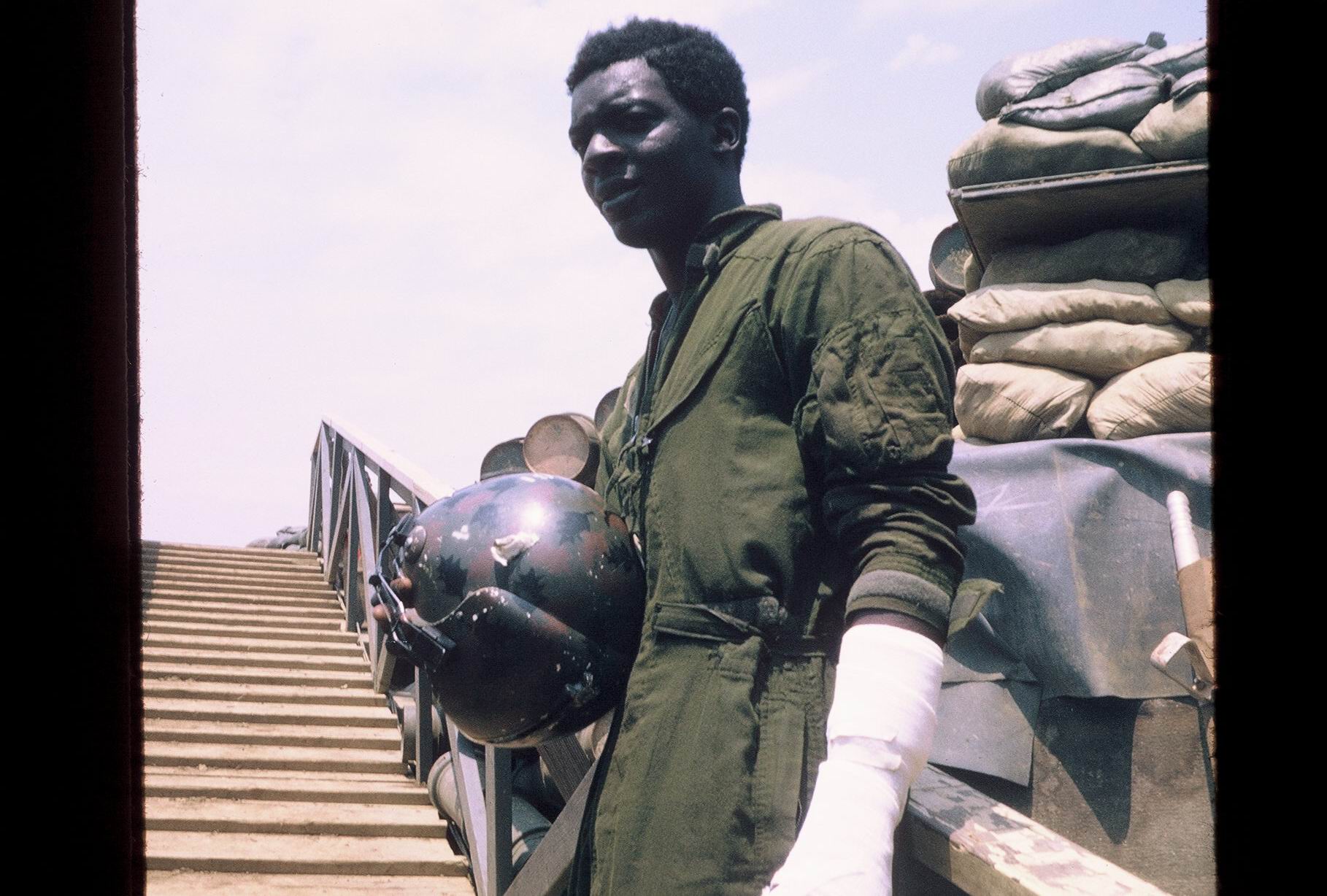 After he was patched up, I stopped him for the color photo on the stairs which led above to the Vandy field hospital LZ. A helicopter was coming to return him to his squadron in Quang Tri. For these past decades, the picture has been a favorite of mine which I entitled “Luckiest Marine in Viet Nam.”

My picture captured a stunned young man who to me still seemed dazed by the events that morning. The B/W captures a happier soul later at home in Quang Tri . . . 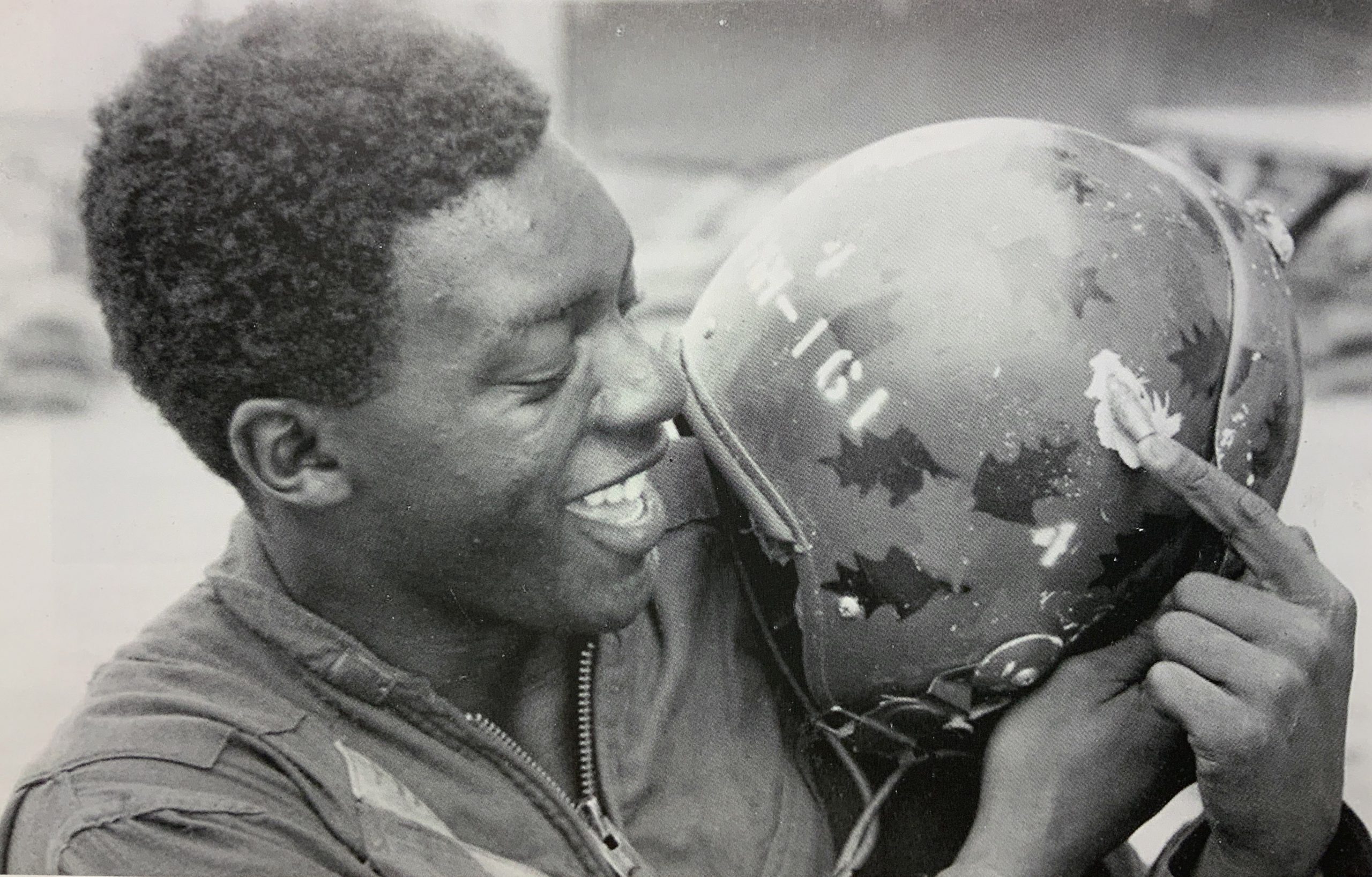 Not until a friend brought to my attention Mike Green’s United States Marine Corps in Viet Nam, published this year – 2020, did I think I’d like this lucky gunner to see my picture too. Perhaps the readers of the newsletter can assist me in finding out the gunner’s name, email, and address?